﻿﻿﻿﻿﻿ I wrote on Facebook what I witnessed in Bastar: suspended jailer Varsha Dongre
﻿

I wrote on Facebook what I witnessed in Bastar: suspended jailer Varsha Dongre 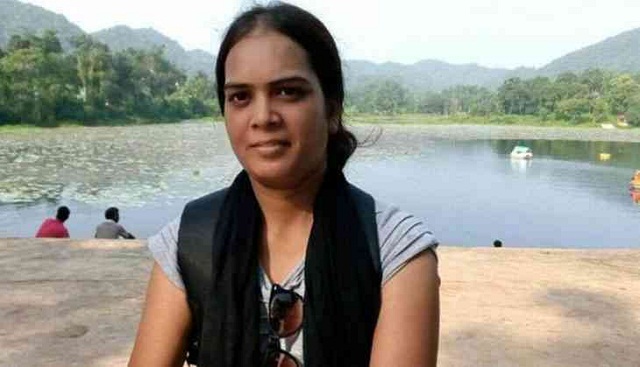 She has defended the Facebook post that landed her in trouble, saying that while a lot of human rights activists and social workers have commented on her post, what she wrote was simply an account of her own experiences during her tenure.

Varsha says she doesnʹt condone any kind of violence or oppression, whether it stems from the Maoists or the police department.

She added that the intent behind her Facebook post was never to sensationalise the issue or gain fame or plot against the government, but to ensure that the common tribal citizens of Bastar and other scheduled areas were given their Constitutional rights, and that they and their forests were protected. This, she says, isnʹt just the job of a public servant, but the duty of any citizen.
Never breached secrecy

In her response, Varsha says many social and human rights activists are on her Facebook friendsʹ list, including Himanshu Kumar. She says Himanshu didnʹt share her original post, but copy-pasted it on his own wall.

She insists that whatever she wrote is within Constitutional boundaries. Every person has the right to freedom of expression, and in exercising that right, she has not violated the civil services rules of conduct. She hasnʹt revealed any departmental secrets on Facebook, nor has violated the Official Secrets Act. Instead, she has only quoted from Supreme Court orders, CBI reports, and the Gazette of India, which are in the public domain, and show the reality of the atrocities being committed on tribals and the campaign to weed out Maoism from the Bastar region.
Where will the common man go?

Varsha writes that wherever there is oppression and injustice, it is public servants who have to find solutions. If they start suppressing corruption and oppression, where will the common man go?

She recalls that in 2003, when there was rampant corruption in the Chhattisgarh State Services examination, a lot of civil servants had tried to suppress it, but she had fought against it and taken the fight to its conclusion.

Varsha, who has been attached to the Ambikapur prison since her suspension, has attached many Supreme Court and high court judgements to her reply, as well as many Government of India and expert group reports. She has also referred to Nandini Sundarʹs petition at the height of the Salwa Judum movement, and the court judgement on the petition.
Already assumed guilty?

Varsha has questioned the jails departmentʹs notice to her. She has written on Facebook that the director general of the jails department had told the media that she was suspended due to ʹirresponsibly giving out false and misleading facts and absence from duty, whereas probe official RR Rai wrote on social media that she had been given seven days to reply to the probe.

However, she claims that she was handed a 32-page bundle and asked to reply within two days, to which she had sent a 376-page reply. However, she expresses surprise that even before she could reply or the investigating officer could submit his report, it has been assumed that her post is incorrect and misleading.

She insists that she will fight this battle constitutionally.