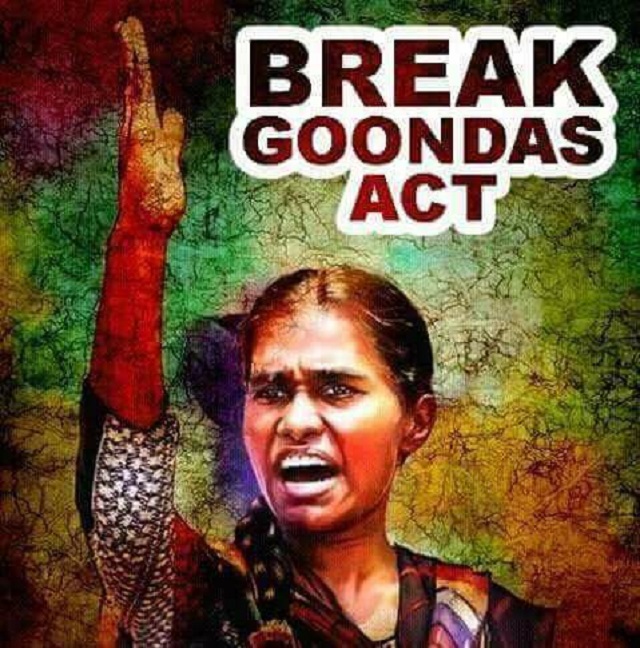 Journalism student Valarmathy, who had been detained under Goondas Act for her reported ʹanti-governmentʹ activities, has begun an indefinite fast at the Coimbatore central prison on Friday.

Valarmathy, a second year student from Periyar University in Salem, was arrested for distributing hands bills to students against Kathiramangalam pipeline project and urging them to support the Neduvasal hydrocarbon project.

Police identified her as a Maoist sympathizer. Following her arrest, she was shifted to Coimbatore Central prison on July 18th from from Salem Womenʹs Prison and later detained under Goondas Act.

She started an indefinite fast in the prison on Friday highlighting a set of demands that included her resentment over the Intelligence department threatening her visitors. She is also demanding revocation of her detention and government scrapping the Neduvasal hydrocarbon project.