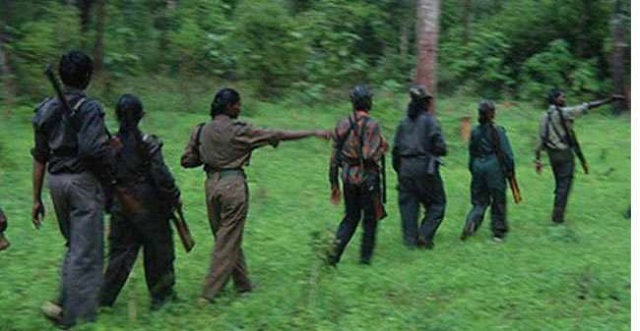 THE intelligence inputs on movement of a small group of Maoists in the tri-junction area of Angul, Nayagarh and Cuttack rural district, has put Odisha Police on alert. Cops have started combing operation in Angul district amid reports of Maoist movement at Satkosia-Narasinghpur border.

ʹWe have received information about the movement of a small group of Maoists in Puranakot, Narasinghpur and Nayagarh district. We are verifying the information,ʹ Odisha DGP Dr RP Sharma told mediapersons in Bhubaneswar on Wednesday.The DGP apprised that already one platoon of Central Reserve Police Force (CRPF) and a District Voluntary Force (DVF) unit has been deployed at the tri-junction, and another platoon of CRPF will be deployed there soon to assist in the combing operations.
Angul SP Brijesh Rai said combing is being carried out in certain areas to flush out the Maoists.

Sources said Maoist presence in Satkosia is not new but their movement in neighbouring Narasinghpur is a matter of concern for Odisha Police. Maoists were first witnessed in Satkosia in 2011. They lay low for four years but reappeared in 2015 when the rebels set afire two forest camps and beat up some forest officials. Soon, police managed to flush them out.Police said Maoists used to sneak into Satkosia when they were under attack elsewhere and used Satkosia as a transit route.
(Source : http://www.newindianexpress.com/states/odisha/2017/oct/19/maoist-movement-puts-odisha-cops-on-toes-1677786.html)