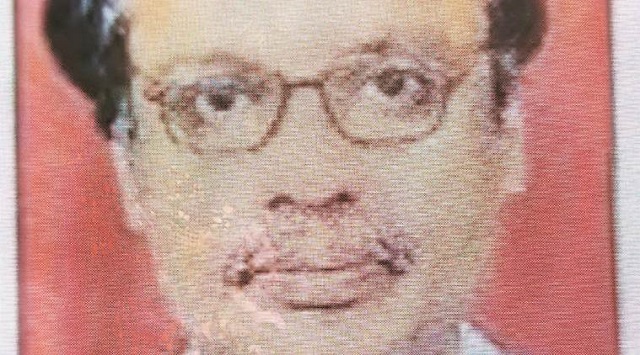 DAYS AFTER he was questioned by the Maharashtra Anti Terrorism Squad (ATS) in connection with the arrests of seven alleged members of the banned Communist Party of India (Maoist), Mumbai schoolteacher Prabhakar Macha committed suicide on January 23.

Close family friends said Macha, who was mourning the loss of his second wife who died recently, was dealt a double blow when investigators from the ATS came knocking on his door and grilled him and his son for a night. The ATS also seized documents from his home in Mumbaiʹs central suburbs.

ʹOn January 23, around 10.30 am, his son came running downstairs asking the security guard to call for an ambulance. His father had hanged himself from the ceiling of their bedroom. Macha, who has been working as a Telugu teacher with a Wadala school for the past 20-odd years, was a sympathiser but never an active member.

While he was disturbed by his wifeʹs death, the questioning by ATS sleuths left him disturbed. Within a couple of days of the questioning, he ended his life,ʹ said S Yadgiri, secretary of M-2 Building in Sionʹs Prateeksha Nagar where Macha lived with his family. ʹThe family is currently in Telangana to perform his last rites,ʹ added Yadgiri.
According to the FIR registered by the ATS in the case against the seven alleged CPI (Maoist) members, Machaʹs name was disclosed by arrested accused Ajay alias Mahesh Lingya Venugopalan.

However, while seven other alleged members named by Venugopalan have been arrested, Macha was allowed to go after questioning. Meanwhile, the families of the arrested men claimed they were innocent and had no links with any banned outfit or ideology.

Mamta, the wife of arrested accused Babu Shankar, said her landlord had given her notice to vacate their rented home in a slum colony in Ghatkopar. Shankar, a labour supervisor with a leading company, was among the seven arrested for alleged Maoist links.

ʹWe moved to Mumbai around seven years ago and since then my husband had been working with the company. However, after his arrest, we have been given a notice and asked to vacate the house. I have two toddlers. At such short notice, how will I be able to make alternative arrangements?ʹ Mamta said while speaking to The Indian Express. ʹMy husband has nothing to do with Naxalism or the ideology. I think he has been wrongly implicated,ʹ she said.

Family members of another arrested accused Narsayya Laxmayya Jubala shared similar thoughts. Jubala, a contractor with the same firm, was arrested by the ATS suspecting him to be an active member of the CPI (Maoist). ʹMy father works as a contractor and returned home after his duty hours. He was never into any discussions or attending any seminars or meetings. He has been falsely implicated and we hope he is discharged soon,ʹ said Usha, Jubalaʹs daughter.

While the ATS FIR does not mention any link between the arrest of the seven men and the recent Bhima Koregaon violence, the family members said ATS sleuths asked them for details of their whereabouts between December 31 and January 2. ʹMy father had travelled with me to Bengaluru on December 30 and returned the next day after dropping me at my college. On December 31 night, I had made a video call and spoke with my family members to wish them for the new year. The ATS had asked for details on his whereabouts during this period and we have submitted the online tickets and other details to support our stand,ʹ said Usha.

Mamata said her husband had visited Bhima Koregaon but had left on December 31 and returned the following day. ʹHe went there along with some of his colleagues. After the ATS quizzed us, we informed them about the same,ʹ added Mamta.

In the FIR, the ATS has said the arrested accused were looking to recruit more individuals from Maharashtra and Gujarat. The investigators believe Maoists want to spread their ideology in the industrial belt across the two states — the ʹGolden Corridorʹ. The seven accused have been booked under sections of the Unlawful Activities (Prevention) Act, 1967. The ATS has said Maoist literature and CDs were recovered from the arrested accused.
(Source:http://indianexpress.com)