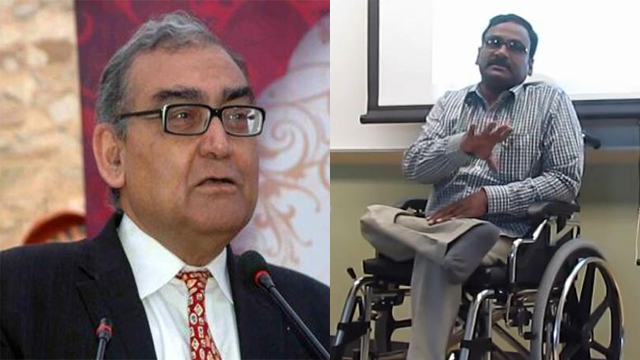 Will someone please forward this to the President of India and Governor of Maharashtra ?

To His Excellency the President of India
His Excellency the Governor of Maharashtra
Your Excellency,
I am sending this appeal seeking release of Prof. Saibaba who has been given life sentence by Gadchiroli Distt Court, and whose appeal is pending before the Nagpur Bench of Bombay High Court.
It has been held by the Supreme Court in Nanavatiʹs case ( 1961 ) that the power of pardon under Articles 72 and 161 can be exercised even if an appeal s pending.
In Kehar Singh vs Union of India ( 1988 ) a 5 judge bench of the Supreme Court held that in pardon proceedings the President ( or Governor ) can scrutinize the evidence, and come to a different conclusion from that of the Court.
Perhaps the Supreme Court judgment in Sri Indra Das vs State of Assam ( 2011) was not brought to the notice of the court which convicted Prof. Saibaba. It was held therein that a person can be convicted only if he commits violence or instigates to imminent violence. The word ʹimminentʹ is crucial. I have not read the evidence, but I doubt that Prof. Saibaba was instigating anyone to commit imminent violence.
In Maru Ramʹs case the Supreme Court held there were a myriad grounds on which the power under Article 72/161 could be excercised. Prof. Saibaba is 90% disabled & is permanently on wheelchair & his health has deteriorated. He is in Nagpur jail
Even UN experts have appealed for his release.
Please therefore pass an order releasing him
Regards
Justice Katju
former Judge, Supreme Court of India
4.7.2018