﻿﻿﻿﻿﻿ Isolate the fish from the water: a genocidal practice in India - Adolfo Naya
﻿

Isolate the fish from the water: a genocidal practice in India - Adolfo Naya 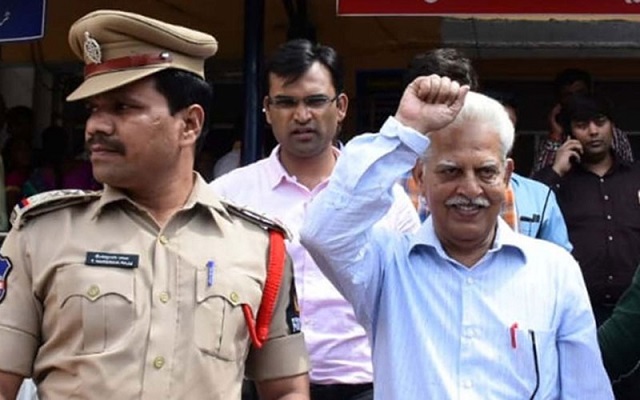 Isolate the fish from the water: a genocidal practice in India

From the colonial era to the uprising of the Naxalites in 1967, and up to the present day, various governments of India had persecuted and persecute all groups that oppose the oppression, exploitation and expansion of capitalism, especially the Adivasi community and the Dalits. In 2009, the Government of India launched a military operation called ʹGreen Huntʹ in the states of Chhattisgarh, Orissa, Bihar, West Bengal, Anhdra Pradesh, Telengana and Maharashtra, with the goal of annihilating the Maoist guerrilla movement or the Naxalites.
One of the practices of genocide used in this operation was the destruction and detention of leaders of public, trade union and student organizations, as well as political activists. The roots of this lay in the practice of the counter-guerrilla warfare of the ʹHeart and Mindsʹ of British Marshal Gerald Templer, which Sir Robert Thompson subsequently combined with the experience acquired during the struggle against insurrections in Malaysia and Vietnam. Part of this strategy is:

ʹThe government must give priority, not to the military crushing of the guerrillas, but to the liquidation of the political subversion that gives cover. With the destruction of the political infrastructure is to ʹisolate the fish from the waterʹ, avoiding the contact of the population with the clandestine organization.ʹ (Gonzalez Calleja, 2002)

ʹIsolate the fish from the waterʹ is a very common practice for all cases of genocide. She also draws attention to Bauman (2016), when he claims that the first goal of the genocide is to decapitate the leadership and power centers in order to destroy internal connections and the ability to preserve the identity, which leads to a loss of the ability to defend and destroy the autonomous and unified whole.

ʹThe internal structure of the group is destroyed, and it turns into a collection of individuals who can be grabbed one at a time to integrate them into a new administrative structure or to combine power into a subordinate, divided, oppressed category, under direct control of new order officials.ʹ (Bauman, 2016)

This persecution also uses the "Guerrilla Hunter-Killer" technique. One of the main actions of this methodology, as professor of military strategy Joseph Celeski (2010) notes, it is ʹhuntingʹ for specific people, "high value target" to decapitate the rebel organization, as well as the leaders of those organizations that can provide it with political or logistical support. In the same way, methods of action against the organization are created, including the identification, implementation and neutralization of political organizations of insurgents, the use of sabotage, detentions or neutralization of the political wing of ʹenemiesʹ combined with a campaign against their ideology. Also, ʹpseudo-organizationsʹ are created; that create the guerrilla visibility to gain access to areas where ʹenemiesʹ are active, and carry out their tasks.

It is quite clear that the attacks are taking place in India against "political dissidents" are part of genocidal social practices promoted by the government in its plan to eliminate the ʹinsurgent partʹ and transform the rest of the national groups, redefining their way of being, their social relations, their destiny and their future. It is the annihilation of those who resist and practice another way of carry out social and economic relations. It is the class war applied in its superior phase, genocide. (Naya, 2018)

The paradigmatic case of professor GN Saibaba, and the arrest of Surendra Gadling; Sudhir Dhawale; Shoma Sen, Mahesh Raut and Rona Wilson and the last arrest of Arun Ferreira, Sudha Bharadwaj, Varavara Rao, Gautam Navlakha and Vernon Gonsalves, they are an example.