In Death, A Starʹs Dawn – GauriLankesh on Com Saketh Rajan 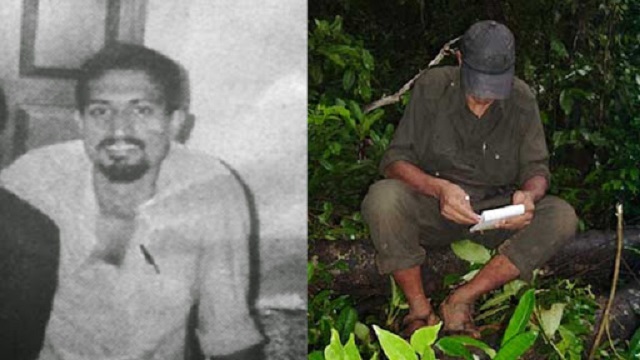 It all began with the killing of two Naxalites by the police in the Western Ghats on February 6. As news trickled in, it became clear that one of the Naxalites killed in the ʹencounterʹ was the cpi (Maoist) state secretary, Prem. But the fact that Prem was none other than Saket Rajan shocked many. From the colleges of Mysore to Delhiʹs jnu campus, people started speaking of the intellectual brilliance of Saket whom they had known nearly two decades ago before he went underground.Even as the police gloated over the prize ʹcatchʹ, people from various fields mourned Saketʹs demise. Above all, many spoke gloriously about the two books he had authored as ʹSakiʹ. The two volumes of Making History are remarkable for looking at Karnatakaʹs history from ʹbelowʹ. In fact, some portions are prescribed texts at a couple of universities in the state. Even Karnataka Chief Minister Dharam Singh said on record that he was ʹfeeling terrible that such a brilliant man had been killedʹ.

It was as if in death, Saket had begun to
shine as the new star on the Karnataka
sky. The mapping of the intellectual and
activist in one person has stirred the hope
and imagination of a people who had
looked around for some ideal in vain

It was as if in death, Saket had begun to shine as the new star on the Karnataka sky. The mapping of the intellectual and activist in one person — a rare combination in the recent political culture of Karnataka — has stirred the hope and imagination of a people who looked in vain for some ideal. That such a man had been brutally felled by police created a sympathy wave for the Naxal cause. It was then that the police panicked.There is a personal touch to the story that follows. I knew Saket when he was my senior at Bangalore University and at the Indian Institute of Mass Communication. He went underground sometime later.

After two decades, he resurfaced in June last year when I was one of the few handpicked journalists to attend the Naxalitesʹ first press conference. It was then that I met Saket again who had now taken the alias of Prem. The press meet shattered a few myths being spread by the police. For one, they were not Naxalites from Andhra Pradesh but were born and bred in Karnataka. Secondly, that they were not some ragtag gang of misguided youth but a political party that had taken up the cause of tribals in the Kudremukh National Park. In their briefing, they said that they were ready for talks but would look forward to the government first meeting some adivasi demands.

Soon after this press conference, the chief minister reacted positively saying the Naxal issue was not a law and order problem, rather it was a socio-economic issue. It was in this background that the Citizenʹs Initiative for Peace (cip) was formed. Our intention was to create a climate where the government and the Naxals could initiate talks in the larger context of peopleʹs longstanding needs and development issues. It is important to note that the adivasis had been fighting against their eviction in the name of a national park and for their traditional rights. But successive governments had not addressed them.

While we appealed to the Naxals to lay down arms, we also appealed to the government to cease combing operations as the first step towards holding talks. We were worried that the police, who had killed two women Naxals in November 2003, would end up killing more. If that happened, there would certainly be a Naxal backlash. Saketʹs death triggered what we had feared for so long.

Soon after Saket and his colleague were killed, the cip approached the government with some demands. We sought an inquiry into the ʹencounterʹ; appealed once again to stop combing operations; demanded a second post-mortem according to nhrc guidelines and Supreme Court ruling. Finally, we said if no one claimed Saketʹs and the other youthʹs bodies, we would give them a decent funeral. Though the cm agreed to hand over the bodies to us, the police and the administration put up legal blocks. They said only the immediate kith and kin would be given the bodies. There was another problem. Since no one knew the young man who had been killed with Saket, his identity was yet to be established. Some suspected it was Shivalingu, from Bellary, and his parents had been sent word to come and identify him.

That was when Saketʹs aged mother came into the picture. Only after I gave her the assurance that we would not take Saketʹs remains to Mysore, she said the government should hand over his body to us. While the police assured her that the chief minister had agreed to hand over Saketʹs body to us, they made her sign a letter saying the government should dispose off the body. On the basis of this letter, dgp SN Borkar announced the police would themselves perform the last rites.

On television, Saketʹs mother vented her fury against the police for deceiving her. She faxed a letter to the cm saying her sonʹs body should be given to the cip. By then the second post-mortems were completed and we were on our way to collect the bodies. It was then that we got word that the police had left with the bodies to an unknown destination. Some activists at the morgue were brutally beaten up when they tried to block police vehicles. We were told the police had taken them to the crematorium at Wilson Garden. We again got in touch with the chief minister who in turn tried to get in touch with the dgp. When we reached the crematorium, we couldnʹt find them. We came to know that the bodies had been taken to a crematoria at the other end of town and that, finally, the police themselves had conducted the last rites.

This high drama showed that the chief minister had no control over his police force. And the specious excuse he gave was that there was a communication gap between him and the police chief. Imagine, communication gap in Bangalore that claims to be the technology capital.

In between, the police ensured that Shivalinguʹs poor and illiterate parents could not get in touch with us at all. To begin with, they were detained at a police station near Raichur and brought to Bangalore only at our insistence. They were kept at the police commissionerʹs office so that they could not get in touch with us. Even after the cm ordered they should meet us, the police whisked them away to an unknown destination. To this day, no one knows where they are. And no one knows for certain about the identity of the other man killed in the encounter.

Though the cip had tried to create an atmosphere for talks between the government and Naxals, and had tried to ensure a decent burial for the Naxals, the Sangh Parivar started baying for our blood for ʹsupporting Naxalsʹ. Around the same time, the newspapers reported that the home department and the police were contemplating filing charges against us and would soon arrest us.