﻿﻿﻿﻿﻿ We demand immediate and unconditional release of all political prisoners- DSU
﻿

We demand immediate and unconditional release of all political prisoners- DSU 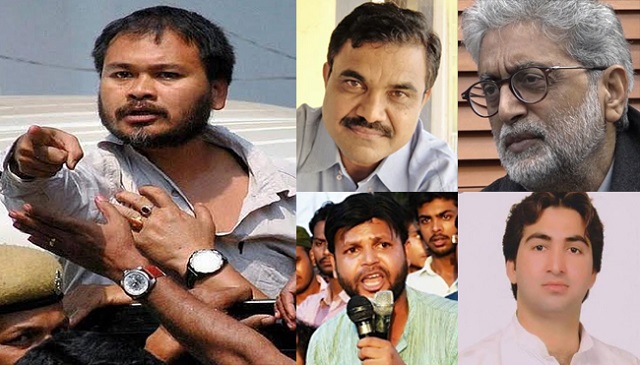 While a public health crisis grips the country and hits hard the masses, repression by this brahminical fascist state continue unabated.

While Anand Teltumbde and Gautam Navlakha, whoʹs anticipatory bail was rejected by the court demands surrender under a fabricated case to jail activists pursuing social justice, Meeran Haider and Ashu Khan have been named in a false case to fabricate the event that unfolded in the anti-muslim communal violence that broke out in Delhi in February. In Assam, Akhil Gogoi was rearrested as soon as he stepped out of jail.

We stand in solidarity with all tireless defenders of justice who is targeted by this brahminical state. We demand immediate and unconditional release of all political prisoners, and repeal of the colonial law UAPA. We demand prison relaxations in the face of COVID-19 epidemic gripping the country.