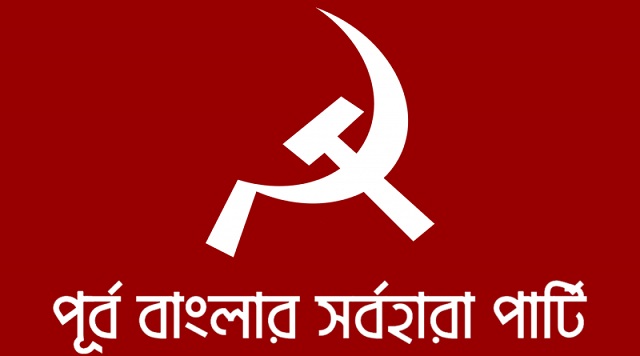 *Along with the rest of the world our country is also infected with coronavirus. And the private ownership‍ based imperialist-capitalist world system has fallen prey to this virus.
*The profit-oriented imperialist-capitalist health system has collapsed like a house of cards. The profit-oriented health system of the whole world, including USA has exposed itself.
*The all-party disaster prevention initiative with the destroyer of life/nature, agents of imperialism-comprador bourgeoisie capitalism-feudalism-expansionism is to share their anti-people politics and failure. Conscious people and revolutionary friends, oppose this initiative—be aware.
*The neo-Baksali fascist Awami League and its leader Sheikh Hasina have been busy celebrating the centenary birth of the national traitor Sheikh Mujib for the past three months without any preparation for coronavirus. Now they are running false propaganda that they were prepared.
*In fact, tests have not been carried out on immigrant brothers and sisters who arrived in the country. No hospital was prepared. The fascist state did not provide any training for doctors and nurses. Adequate PPE and other equipment were not stocked.
*Without providing any food to the working people, neither holidays nor lockdown, a mess has been created.
*Garments workers have been brought to Dhaka and sent back-—still struggling to get their wages. People across the country, including garment workers are at risk.

What to do in this situation?

*Force the fascist Awami League government, which controls all the resources of the people to help the people. Uncover their anti-people politics.
*Fascist Prime Minister Sheikh Hasina has protected the interests of the big rich by announcing incentives one after another.
*Immediately revise the national budget over the coronavirus pandemic. Most of the budget will have to be spent on the affected people. By suspending all infrastructure projects, money will have to be allocated to deal with the coronavirus.
*All working- and middle-class helpless people including workers and peasants have to be provided food through rations.
*Fascist Sheikh Mujibʹs blanket-stealer Awami League is now stealing rice. Sheikh Hasina is protecting it, forming a relief committee with her party workers.
*Force the government to form a mass committee for relief immediately.
*Humanitarian-patriotic able friends, come forward to help the working people. Get ready for the revolutionary politics of overthrowing fascist politics.
*Help poor farmers in rural areas, especially landless poor farmers and Adivasis.
*Be vocal in demanding a fair price for agricultural crops.
*Police-Ansar-Army personnel brothers and sisters, revolt against this exploitative system. Stand by the people. At the critical situation of the country, overthrow the politics of the bourgeois rulers and join the pro-people army, the Peopleʹs Liberation Army.
*Continue to raise your voice against the suppression on the opposition-murder-disappearance-crossfire-extra judicial killing by the state-government, even during the coronavirus pandemic. Be vocal to get back all the missing citizens, including journalist Kajal.