﻿﻿﻿﻿﻿ A very worrying letter from Gautamʹs partner Sahba. Remember that Maharashtra is the epicenter of the Covid epidemic.
﻿

A very worrying letter from Gautamʹs partner Sahba. Remember that Maharashtra is the epicenter of the Covid epidemic. 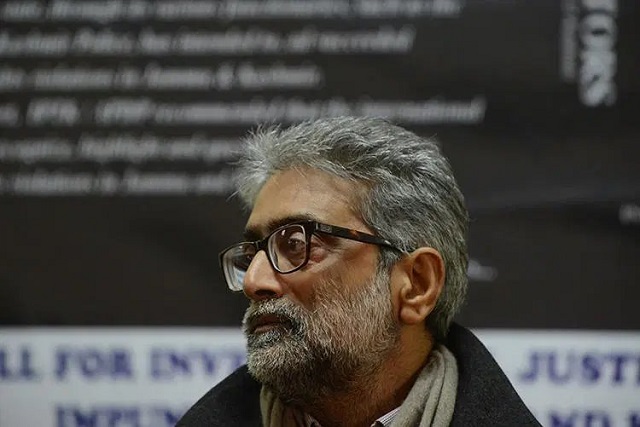 Dear Anand
Gautam called me yesterday after a gap of 15 days. All I knew until then was that he was sent to a quarantine facility in Taloja on 26th May after he was suddenly shifted from Tihar jail in Delhi to Bombay. This quarantine facility runs from a school building in Taloja where new inmates are brought before being shifted to jail.

Gautam mentioned to me on the phone some of the horrific details that I am sharing with you.

He said that there are 350 inmates crowded into six class rooms in the building with Gautam having to share the room with 35 other inmates, many others sleeping in the corridors and passages. There are only 3 toilets, 7 urinals and a common bating space without a bucket or a mug. He said that the congestion is such that apart from the fear of Covid-19, inmates are prone to skin infections too.

He also said that there is no fresh air as they are mostly locked in with no place to walk or exercise, although he manages to do his yoga as other inmates help to clear some space for him. He said he has lost 2 kg in these three weeks of prolonged quarantine and was wondering how long the authorities would keep him and the other inmates in such inhuman conditions. Taloja jail at present does not seem to have space for new prisoners such as him. Given these circumstances it worries me to think about the extreme health risk that he and other inmates are being exposed to on a daily basis.

He also mentioned how all of them are completely cut off from the outside world as there is no news flowing in or out of this quarantine facility. He wondered about what could be going on in the world outside!
I must say I am truly aghast with what he shared with me yesterday.

Despite these deplorable conditions that he described to me, he sounded well and said that he is trying his best to manage and not wilt under the sheer burden of this ordeal.

I thought I must share this with you since you have often been asking me about his well being . His lawyers and I are trying to see what can be done, although I do believe that it is important for us outside to raise our voice against this kind of inhuman treatment of a political prisoner like Gautam - and in fact all the other BK 11 currently in jail.

You must have also heard regarding Varvara Raoʹs terrible and deteriorating health condition inside the jail.

The concerned authorities urgently need to look into this and make necessary amends.
Well, thanks for calling me earlier today.