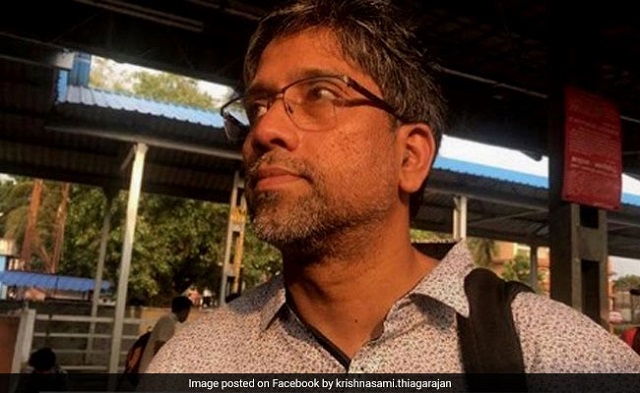 Condemn the arbitrary arrest of Prof. Hany Babu!
Stop the witch-hunt of human rights defenders by the NIA!
Immediately release all political prisoners!

The Campaign Against State Repression (CASR) condemns the arrest of Professor Hany Babu MT at Mumbai by the National Investigation Agency (NIA) in connection with the Bhima Koregaon-Elgaar Parishad case. Despite the surging cases of COVID-19 in both Delhi and Mumbai, Prof. Babu of the Department of English in Delhi University was summoned as a witness and forced by the NIA to travel to Mumbai after being denied the option of video conferencing. Cooperating with the NIA since July 24th 2020, it quickly became clear that the questioning was merely a ruse to force Prof. Babu into providing false testimony against other persons and accepting allegations of being a functionary of the Maoists. Prof. Babu vehemently and consistently refused to agree to these ridiculous lies. It is because of this that after five days of continuous harassment in the name of interrogation, the NIA, despite his presence in the NIA office, has now made him an accused and formally arrested him and is ironically seeking custodial interrogation. In September 2019, Prof. Babu was subjected to a raid without a search warrant at his residence by the Maharashtra Police. While several electronic devices and books were seized, no hash value of any of the devices confiscated were provided. This violation of procedure has left the seized devices open to tampering. The investigating agencies have repeatedly denied the hash value of the confiscated devices that can actually reveal the timestamp of activities on the device. In fact, it is clear now that there is a pattern of confiscating devices, planting fabricated evidence and conducting a media trial on this basis. Unfortunately, the courts have also turned a blind eye to these illegalities.

This is blatant harassment and intimidation of persons who question the State and struggle for the rights of the marginalised and oppressed castes, classes and communities. Prof. Babu has been an anti-caste activist who has been consistently fighting for social justice within and outside the university space. He has also been a part of the Committee for the Defence and Release of Dr. GN Saibaba and Committee for the Release of Political Prisoners (CRPP). He has spoken out against caste discrimination in institutions of higher education, the death penalty and for the rights of political prisoners.

Arrest of Hany Babu by the NIA shows for a fact that the entire conspiracy hatched in the aftermath of the violence at Bhima Koregaon is intended to incarcerate and silence a range of activists who have been speaking about the anti-people policies of the State. This is also being done to divert attention away from the true perpetrators of the violence, Sambhaji Bhide and Milind Ekbote, both with ties to the RSS. It is intended to spread fear among the democratic and progressive spirited academics, activists, artists, journalists, lawyers, poets and trade unionists. This arrest is likely to follow the predictable narrative of branding Prof. Babu a urban Naxal. These charges will remain unproven and unsubstantiated except through the deployment of the fabricated evidence which will not hold water under scrutiny of a fair trial. However, as has been seen in multiple cases, the purpose is not to prove guilt but to punish via a lengthy isolation and detention while being demonised by a State sponsored media witch-hunt. These tactics are being deployed without any consideration for the basic right to life of the persons targeted as seen in the case of the revolutionary poet Varavara Rao, Dr. GN Saibaba and Prof. Anand Teltumbde among others.

Campaign Against State Repression (CASR) urges all the progressive and democratic sections of our society to unite and condemn the arrest of Prof. Hany Babu and the threat of arrest looming over several more activists, artists and journalists. We demand the