﻿﻿﻿﻿﻿ What happens when youʹre about to die? Chemists explain exactly how death feels
﻿

What happens when youʹre about to die? Chemists explain exactly how death feels

Is dying really so terrible? Sadly, the answer is probably, ʹYesʹ.

The American Chemical Society has explained exactly what goes on in your brain when (for instance) somebody plunges a woodmanʹs axe into your torso.

Itʹs pretty grim reading – mainly because your brain doesnʹt shut down quite as quickly as you might hope.

Specifically, it keeps going once your heart has stopped.

The American Chemical Society says, ʹSo youʹre on the floor, dead as a rock. Assuming no massive brain damage has been inflicted, youʹre considered clinically dead.ʹ

ʹYour brain is still working. Recent research has shown that your brain can enter into a hyper state of perceptual neural activity at this time.ʹ
ʹSome even believe that this could be the explanation of near death experiences.

ʹOnce youʹve seen the light, itʹs time for lights out. The next stop is biological death.ʹ
The video cites research recently published in the journal PNAS – which showed that electrical ʹsurgesʹ in the brain at the point of death might be behind near-death experiences.

The researchers write, ʹThe findings of multiple research groups confirm that organized electrical activity can emanate from the brain at the time of death. Our ongoing research here at The George Washington University Medical Center suggest that about half of patients who succumb in the intensive care unit display an ELES, and the waveform is at a higher frequency than that observed in animals. The significance of ELES remains unknown.ʹ 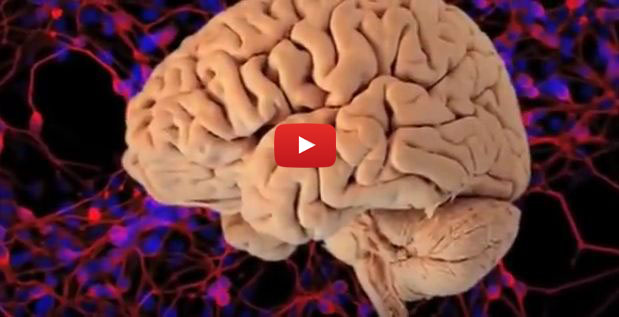