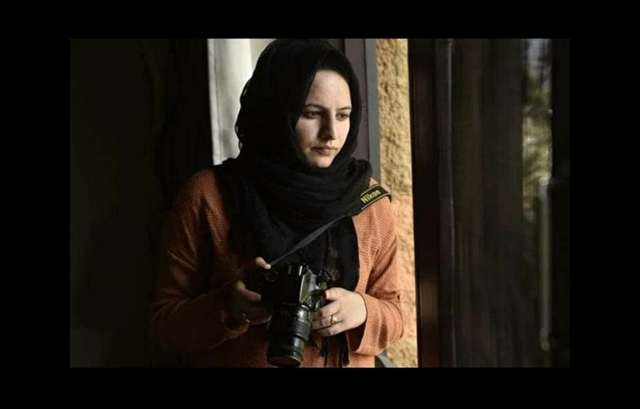 The Network of Women in Media, India, expresses its outrage at the harassment and violence meted out to the elderly parents of award-winning Kashmiri photojournalist and NWMI member Masrat Zahra. Such harassment of vulnerable family members is an abhorrent strategy of intimidation that must be strongly condemned.

The incident occurred in the Batamaloo area of Srinagar on the evening of 25 July 2021 when Masrat Zahraʹs parents were returning home from a family visit. Police accosted them and proceeded to thrash the elderly couple, and also threatened to either shoot them or lodge them in jail. They were allowed to go only after her fatherʹs ID card was taken away. ʹHigh on power, cops of JKP thrashed my parents in Batamaloo today around 5PM. ID card of my father has been taken away by cops and when my mother tried to intervene, she was also thrashed. One fails to understand how an elderly couple deserved this high handed behavior of JKPʹ tweeted Zahra. The intimidation continued in the shape of stalking and surveillance by unknown persons, making it difficult for them to seek immediate medical help.

This is not the first time that Masrat Zahra has been harassed. An FIR was lodged against her on 18 April 2020 under Section 13 of the Unlawful Activities Prevention Act (UAPA) and Section 505 of Indian Penal Code (IPC) for allegedly uploading ʹanti-nationalʹ posts on Facebook. At the time, the NWMI had protested against these preposterous charges filed with the intention of intimidating and silencing the courageous photojournalist who has been boldly unveiling the ground reality of Kashmir.

Masrat Zahra was also trolled online as an ʹarmy informerʹ in 2018, in connection with her photograph entitled ʹGun vs Cameraʹ, posted on 15 May 2018, which shows her at work, covering an encounter between the Indian Army and a group of militants in Kachdoora, Shopian. As the NWMI statement issued then said, ʹsuch vicious and irresponsible labelling of a journalist in an already polarised political climate is dangerous and must be unequivocally condemnedʹ.

For her consistent work, Masrat Zahra was awarded the 2020 Peter Mackler Prize that honours reporters and editors who have demonstrated ʹa commitment to fairness, accuracy and speaking truth to powerʹ.

Masrat was also awarded the Anja Niedringhaus Courage In Photojournalism Award 2020, which celebrates the courageous work of women photojournalists, by the International Womenʹs Media Foundation.

The NWMI views the surveillance and stalking, harassment and violence experienced by Masrat Zahraʹs parents as tactics to pressurise and silence her, since she is currently living and working outside Kashmir.

The safety and security of family members of journalists are paramount, in order to allow journalists to carry out their professional duties without fear of harm to themselves or their loved ones.

We demand that such harassment stop immediately and action be taken against the police personnel involved in the incident.

The Network of Women in Media