﻿﻿﻿﻿﻿ A Powerful Reply from Maoist Leaderʹs Daughter to Home Minister
﻿

A Powerful Reply from Maoist Leaderʹs Daughter to Home Minister 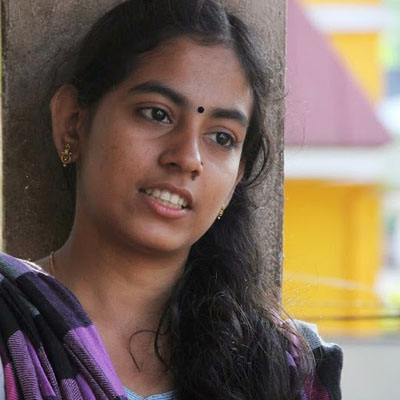 In the first week of July, Kerala Home Minister Ramesh Chennithala wrote an open letter to the daughters of Maoist couple - Rupesh and Shyna, who were arrested by the Andhra Pradesh police in May this year.
Reports say that the couple was in hiding for about 10 years. They have two daughters - 19-year-old Ami and Savera, who is close to ten years of age.

In his letter, the Minister spoke about his concern for the two children who did not receive enough care from their parents. He also appealed to the girls to not get "entangled in pointless campaigns and hollow ideologies". Instead, he asked them to focus on their academics and to grow into "responsible citizens of the nation".

However, Ami, the elder sibling has now written an open letter to the Home Minister, her discomfiture and disagreement with the contents of his letter for all to see. Her letter was published by Malayalam newspaper Madhyamam in their online edition.

Translated excerpts from the letter, originally written in Malayalam:

I happened to read the letter you wrote to us showering us with your sympathies. As a father of two, you spoke about how concerned you were that we did not get enough love and care from our parents. I thank you for your gesture. Even so, I could not fail to notice some factual mistakes and inconsistencies in the letter. Hence, I decided to write a letter to share my views.

It is illogical to say that my sister and I did not receive abundant love or care from our parents. I believe that we have received it more than most children I know. I used to accompany my parents everywhere as a child. In fact, I was staying in the Adivasi colony that you toured on January 1, when I was just five years old. My life in Kolkata, Ranni, Mumbai and Bengaluru also opened up a lot of cultures and issues for me . This helped me widen my perspective quite a bit. But things changed when the police force, which you are leading currently, barged into our lives.

When I was 10, my four-year-old sister Savera and our mother were unreasonably taken into police custody. Due to the unending harassment from your force, she decided to give up her job in the Kerala High Court and became a full time social activist. She had then written a letter to the Chief Minister VS Achuthanandan criticizing the force which pressured her into the decision. I am just issuing a gentle reminder that it the police force that you represent which forced us to remain uneducated.

In your letter, you also opined about how worried you were about people leading us astray. You also urged us to be cautious of them. But the reality is different. A group of policemen broke the front door of my house without a warrant and raided it. They also disrespected me. They told my then five-year-old sister that if they get their hands on my father, they would kill him by a bludgeoning his head with a big stone.

There are more stories like these... When my sister and I visited a function hosted by a cultural front, we were accused of being Maoists and locked up in the Mahila Mandir. And then, your policemen were just concerned about how chaste I was. "Am I a virgin? Is my hymen ruptured?" were some of the many questions they had in store for me.

When a policeman asked me for my Facebook password, I demanded that I will only access it in front of a senior official. To this, he replied, warning me that I will not see the outside world for a long time if I didn’t comply. What is your answer to my sister, who cried her heart out all night at that Mahila Mandir?

The organizers of the cultural front were unfairly accused of kidnapping us and were slapped with charges. This happened despite us reiterating that they did not kidnap us. The police witch-hunt your force unleashed on them using UAPA has made their lives a living hell. It was due to the constant harassment that we have gone through in our lives, that has made us realize the fallacies on which a mighty democracy is built. The anti-people policies of the police made me realize that the ideologies, for which my parents fight, are right.

When you took the time to sympathize with us for growing up with no parents around, how could you ignore the 150 children of Attappady who are stillborn every year?

Endosulfan, Plachimada, Arippa, Kathikudam and many more land protests have made Kerala the land of a mass movement.

Children are born in these lands too, why arenʹt you acknowledging them?

Half of the children from Scheduled Tribes who enroll into primary school fail to make it to the ppper primary level. Close to three-fourth of them do not reach high school. Can you shy away from these failures? Because of the privatization of education, tens of thousands are now in the paws of educational loans with even suicides reported.

Why do you still choose to ignore them?

In your letter, you say that it is not destruction but construction that we need. Interestingly, last December, I happened to read a letter my father wrote to you. He urges you to acknowledge the plight of the landless tribals. He speaks about how poor rates for their produce are a nail in the coffin for them. In the letter, I read about the tribal people and poor farmers who are crushed due to the anti-people policies of your government. But you have never taken an initiative to even address the issue.

You may call our parents miscreants. For you and your predecessors they will certainly be miscreants. Bhagat Singh, Subhash Chandra Bose and many others who opposed colonialism were then called miscreants. They were all dealt with anti-democratic laws and dark dungeons. Today, you are dealing with my parents in the same manner. But the majority of our people, who are poverty-ridden do not see my parents as miscreants. Their fight resonates more among them than yours. My parents didnʹt set off to make a safe future or finances for themselves. Instead, they set off to make the lives of the poor people in Kerala and this country better. Their fight was for them.

(courtesy By The News Minute)