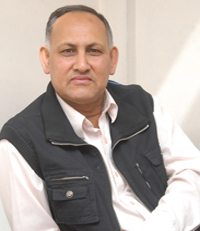 We all know Baburam Bhattarai has abandoned the path of Marxism. He has declared that, he has no any faith in Marxism. He has formed a new party, a pure bourgeois party. Prachanda the most corrupted person in the Nepalese Maoist Movement, the ringleader of traitors—the renegade, has mentioned the terminology Marxism-Leninism-Maoismin his party document, but in practice, he has gone far away from the path of revolution. Ultimately he has taken the place of Bauram Bhattarai a pro-Indian notorious person in the Nepalese Maoist movement. Now Prachanda is known as the faithful puppet of Indian expansionism. We must be clear that, Prachanda is no more a Communist, not even a nationalist, now he is the true representative of neo-reactionary class—the comprador.

Now we have two other organizations,who project themselves as the revolutionary Maoists of Nepal. These are the Communist party of Nepal (Revolutionary Maoist) led by Mohan Baidhya ʹKiranʹ and CPN (Maoist) led by Netra Bikram Chanda ʹBiplavʹ. Biplav has some young cadres, but ideologically and politically Chandʹs Party is not clear in its goal. It seems that Chanda himself has no any interest in studying Marxism-Leninism-Maoism and applying it in the Nepalese context. He has denied the glorious history of Paris Commune to the New Democratic Revolution of China, led by the great leader and helmsman Comrade Maotsetung. According to the Chanda led Maoist, the line that can protect the Maoist movement from all ideological problems is ʹunified peopleʹs revolutionʹ. Pleading for unified peopleʹs revolution Chanda states: ʹIf attempts are made to find solution for todayʹs world from Marxʹs, Leninʹs and Maoʹs syntheses, which are 177, 100 and 65 years old respectively, it is tantamount to fitting a steam engine in the Jet-plane.ʹ In fact, CPN (Maoist) led by Biplav is heading towards the repudiation of MLM, that is Post-MLM. So that, in a recently written document, Biplav has pleaded the concept of Post-imperialism,that means the end of imperialism. They are going to held the 8th National Congress in February, 2017. In which direction they will move and what will be their ideological and political line is a matter of wait and see. But since two years they are exercising—ʹthe movement is everything, the final goal is nothingʹ.

Now we have another faction CPN (Revolutionary Maoist) led by Comrade Mohan Baidhya ʹKiranʹ. In this organization, there are senior leaders, who have the experience of 5 decades of Communist Movement. They have mentioned MLM as their guiding principal. They have declared New Democratic Revolution as their minimum program and they have also mentioned the significance of 3 magical weapon. But they have denied the role of Peopleʹs War—the path guided by Maoism. They have mentioned ʹpeopleʹs armed struggleʹ as their political line. They are the strong supporter of federal system and identity politics. Party unification with Nepal Communist Party (unified), led by Pari Thapa also has produced a lot of confusion among the cadres. Because some of the leaders of this party are NGO holders and in the past, they had played negative role against the Peoples War.

There is another problem with Baidhya led Maoist Party. Now they have formed a front, named as ʹPatriotic Peopleʹs Republic Front, Nepalʹ. They have convinced their cadres that, the front is one of the componentof 3 magical weapon and it will play the role of united front in the New Democratic Revolution. But the chairman of ʹPatriotic Peopleʹs Republic Front, Nepalʹ CP Gajurel ʹGauravʹ, in a press conference told that the front will take part in local election and it will be registered also in the election commission. In fact, they want to participate in the coming election conducted by the reactionary government, and want to be law makers and so on. Now they are going to form a joint front with the so called Communist parties, who used to take part in election and hold the ministerial posts. No matter, whatever they speak, Baidhya faction is going to participate in the coming election and the front will fulfill this role.

ʹPatriotic Peopleʹs Republic Front, Nepalʹ has produced a lot of confusion among the cadres. In their opinion, pleading for identity politics and participation in the election will damage the remaining reputation of the Party. No matter, the formation of the front and decision to take part in election will make them close with Prachanda. Baidhya led Party has announced the national gathering in February 2017. We must have to wait and see until their National gathering. In paper, to some extent, Baidhya led party seems as the follower of New Democratic Revolution, but in practice it has nothing to do. Just writing revolutionary words in the document is not enough, it needs practice. The main problem of Baidhya faction is not to apply the theory into practice.

Now I want to raise another issue. Comrade Gaurav has long experience in the International Communist Movement. But at present he is not clear about the Revolutionary Internationalist Movement. In an article published in his party organ Maoist, not only he has minimized the significance of ʹMay Day declaration 2016ʹ, he has mentioned that the world situation is not favorable for the revolution, and it takes long time to achieve the goal. It means, world situation is not favorable for the revolution, so that, we must participate in the coming election. To take part in election means to be the part of governmentʹs plan and policy. Expressing such view, he has denied the role of conscious effort and has pleaded spontaneousism.

Now there is another issue,that I am going to point out here. Baidhya led party never supported the Peoples War in India, Turkey and Philippines. They never passed any resolution about such burning issues. They never mentioned these issues in their party documents. After a big pressure, in Pokhara CC meeting, they were compelled to mention the word ʹcondemn the operation green hunt in Indiaʹ. But in practice, they never took this issue seriously. It is the reality that, they donʹt want to raise this issue strongly, but just in words.

At present, the whole universe has stood against the reactionary Modi government of India. The civil right organizations, like RDF, CRPP, PUCL and the parties like CPI also have condemned the Malkangiri fake encounter. Some organizations have come out in the street condemning the fake encounter and making solidarity with the oppressed people of India. Not only from India, from Italy, Germany and other parts of the world, people have come out in the street holding the red banner, ʹ Condemn the fake encounterʹ , ʹStop the War on Peopleʹ . Slogans are chanting in the street. But the Nepalese Maoist parties are still in a deep sleep. In Nepal no any Maoist party and civil right oraganisation has spoken even a single word, no any statement, no any response in this issue. But still they are pleading that they are revolutionary Maoists and they have the legacy of 10 years Peoples War.

It is a matter of pain that how soon Baidhya and Gaurav both have forgotten, during the 10 years Peoples War in Nepal, when they were captured by the Indian Police and the Indian Comrades and civil right organizations had come out in street demanding their release, demanding to save their lives. What a matter of irony!

Now, again I would like to say that ʹthere are Maoist revolutionaries in Nepal, but there is no any revolutionary Maoist party in Nepalʹ.