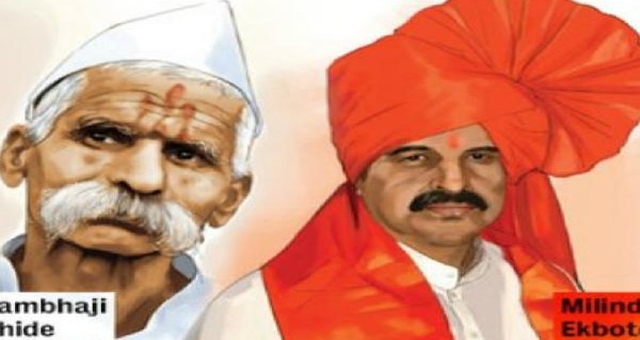 Even as the Maharashtra government is cracking down on an alleged ʹurban Maoistʹ nexus responsible for the Bhima-Koregaon violence, a ʹsecretʹ state report accessed by Times Now adds a stunning twist to the case.

The report, compiled by a 10-member committee formed by Pune Police, has blamed Hindutva activists Sambhaji Bhide and Milind Ekbote for orchestrating the violence that took place on January 1, in which one person was also killed.

The eight-page report, submitted on January 20 and kept under wraps by the state government, claims that Bhide and Ekbote allegedly roped in Hindutva ultras to create unrest. The document further states that Milind and Ekboteʹs men also declared about the violence on social media and were aware about the clashes since 16 December 2017.

The report was also submitted to Vishwas Nangare Patil, Inspector General of Police of the Kolhapur Range in Maharashtra, but no action was taken.

ʹIt was a well-planed conspiracy... It was planned way in advance… Swords and arms were made ready before the violence began... Locals were also aware of something of this sort happening, but the police completely turned a blind eye to it, which is why the situation escalated,ʹ the report stated.

However, based on a complaint by Tushar Damgude, a ʹdiscipleʹ of Bhide, human rights activists Sudha Bharadwaj, Varavara Rao, Arun Fereira, Gautam Navlakha and Vernon Gonsalves were arrested by the Pune Police on August 28 on allegations that they were behind the unrest.

A fresh petition was filed on Friday by social activist Anita Ravindra Salve seeking the arrest of Sambhaji Bhide. She claims that when Dalits were moving towards the Bhima-Koregaon victory pillar to celebrate the victory of Dalits over the Peshwas, Bhide and Ekbote arranged for a pre-planned attack on them.

The Bhima-Koregaon violence took place on 1 January 2018, exactly 200 years after a major battle between the British East India Company and the Peshwa faction of the Maratha Confederacy. However, the Mahar community (Dalits) celebrate this day as a victory over the upper-caste Peshwa community.