﻿﻿﻿﻿﻿ Solidarity Statement from the US Coalition to Free Professor G.N. Saibaba
﻿

Solidarity Statement from the US Coalition to Free Professor G.N. Saibaba 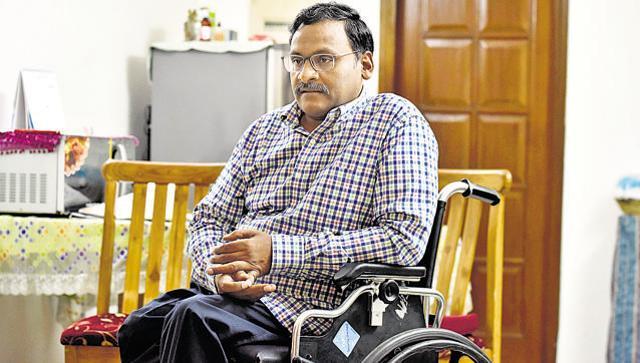 Friends,
We in the US Coalition to Free Professor G.N. Saibaba heard about the Nagpur High Courtʹs outrageous decision to deny Saibaba bail on medical grounds. We are deeply disappointed, but not surprised. We have followed Saibabaʹs case closely and we know that his health continues to deteriorate. It is clear that the Indian state is trying to kill him, and hoping that he will die a slow and painful death. In these circumstances his continued survival and writing are acts of rebellion and resistance. We have been inspired by his writings and work both before and after his imprisonment.
In this country it is still very rare for intellectuals to do as Saibaba and others have done, to stand firmly in support of peopleʹs struggles. This was not always the case, but since the downturn of various movements, many intellectuals have retreated into their ivory towers. They look at manual labor with disdain, and some even blame working people for Trumpʹs election and many of the problems in this country. Given this intellectual climate, it is truly inspiring to see Saibabaʹs work. We have learned much from his example and the example of other courageous intellectuals and academics in India. And we still have much more to learn, especially from the struggles of the oppressed and marginalized.
We know that Saibabaʹs arrest and frame-up was a harbinger of things to come in India, as we can see in the recent Bhima Koregaon case. It seems that supporting the people of India, especially Muslims, Adivasis, and Dalits is increasingly considered a crime. Even thinking that people should have the right to defend themselves or to decide their own destiny is labeled as ʹanti-national.ʹ We in the United States are deeply concerned by these developments, especially given the role the US Empire plays in India and the strengthening ties between the US and Indian ruling classes. Those of us who live here have an internationalist obligation to support the peopleʹs struggles in India. On a mass level there is not yet clarity of this fact, but it is beginning to grow.
We know that the war drums are beating in your country as in ours. The US and other big powers, imagining themselves to be great, prepare to go to war to carve up (and maybe blow up) the world. In the US, they hope India will play a key role in the war against their imperialist rival, China. They even renamed its militaryʹs ʹPacific Commandʹ to ʹIndo-Pacific Command.ʹ Politicians here are cracking down on leakers of so-called ʹstate secretsʹ and calling for tech companies to practice greater censorship to ʹprotect our democracy.ʹ National security is used to justify further militarization and erosion of the democratic rights people still enjoy. Recent studies show that about 1/3 of people in this country have a negative net worth, and therefore are facing debts they can never pay off. Some two thirds of Americans are living paycheck to paycheck, facing the constant threat of eviction, destitution, homelessness, and an early grave. Nearly a hundred thousand people, and maybe more, killed themselves via opiate overdose this past year. Many of these deaths result from dire economic circumstance and an utter lack of hope that a better world is possible. Things have not yet reached the crisis level that has emerged in India, but one can see the contours of the likely future trajectory. And still they tell us the interests of the empire are the same as those of the people...
In these times the poor and oppressed people of the world must stand in solidarity across borders. We have been inspired by Saibabaʹs courageous example and by the work that you all have been doing to defend him. We know that dark times abound in India and that the work you are doing is not easy. We hope that our efforts here can provide some moral and political support to the very important work you are doing. As some of you may already know, we have helped to organize a protest at the Indian Consulate in NYC on April 6th. This protest will focus on Saibabaʹs case, the Bhima Koregaon case, and the broader suppression of dissent in India. A similar demonstration is planned in London on the same day. Despite these difficult times, we believe that the future is bright, though the road is torturous.
Solidarity,