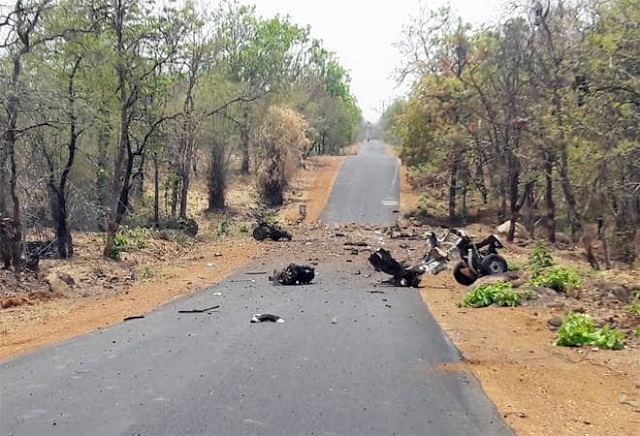 A total of 16 security personnel have been killed in an IED (Improvised Explosive Device) blast carried out by Naxals in Gadchiroli area of Maharashtra on Wednesday. The high-intensity land-mine blast was executed by Naxals on a police vehicle, which was carrying 16 security personnel, reported ANI. The blast took place on the Kurkheda-Korchi road in Gadchiroli when a team of the C-60 commandos, an anti-Naxal unit, was patrolling the area. The attack happened a day after Naxals torched as many as 36 police vehicles on Tuesday night. Heavy exchange of fire is underway between police and Naxals at the site of blast in Gadchiroli, Maharashtra.