War and Peace in the Western Ghats 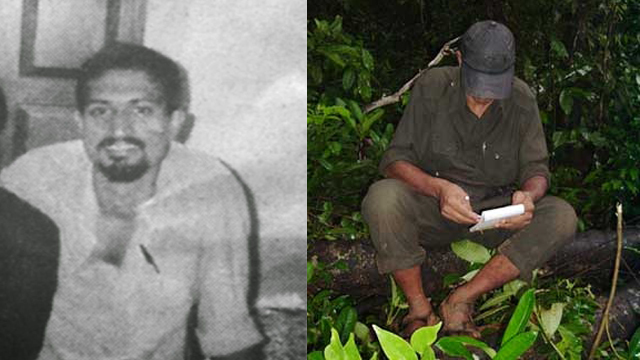 Reposting this because ʹWar and Peace in Junglemahalʹ recently managed to summon Tolstoyʹs ghost via the court and the media...
In this essay, Gauri Lankesh refers to a Naxal-State peace initiative she had led: "It was as if in death, Saketh had begun to shine as the new star on the Karnataka sky," Gauri Lankesh (ʹTehelkaʹ, March 5, 2005) writes on Saketh Rajan ʹSakiʹ, peopleʹs historian of Karnataka and insurgent anthropologist of the Western Ghats, who was killed by government forces in the forested hills of the Malnad region. "The mapping of the intellectual and activist in one person has stirred the hope and imagination of a people who looked in vain for some ideal. That such a man had been brutally felled by the police created a sympathy wave for the Naxal cause. It was then that the police panicked...
I knew Saketh when he was my senior at Bangalore University and also at the Indian Institute of Mass Communication, New Delhi. He went underground sometime later..."
Lankesh then goes on to narrate her struggle against the Stateʹs assaults on democratic space in the aftermath of Sakiʹs killing and how she was ousted from the editorship of ʹLankesh Patrikeʹ by her brother under Sanghi and police influence.
// The last two weeks have been the most traumatic in my life. At one go, these two weeks have shown how various forms of violence operate: the shrinking democratic space, the betrayal by the so-called mentors of our age, a government that has no control over the police and, above all, what domestic violence can do. Feminism declares: the personal is political. In my case, it has come true both literally and metaphorically. It all began with the killing of two Naxalites by the police in the Western Ghats on February 6. As news trickled in, it became clear that one of the Naxalites killed in the ʹencounterʹ was the CPI(Maoist) state secretary, Prem. But the fact that Prem was none other than Saketh Rajan shocked many. From the colleges of Mysore to Delhiʹs JNU campus, people started speaking of the intellectual brilliance of Saketh whom they had known nearly two decades ago before he went underground.
Even as the police gloated over the prize ʹcatchʹ, people from various fields mourned Sakethʹs demise. Above all, many spoke gloriously about the two books he had authored as ʹSakiʹ. The two volumes of ʹMaking Historyʹ are remarkable for looking at Karnatakaʹs history from ʹbelowʹ. In fact, some portions are prescribed texts at a couple of universities in the state. Even Karnataka Chief Minister Dharam Singh said on record that he was ʹfeeling terrible that such a brilliant man had been killedʹ.