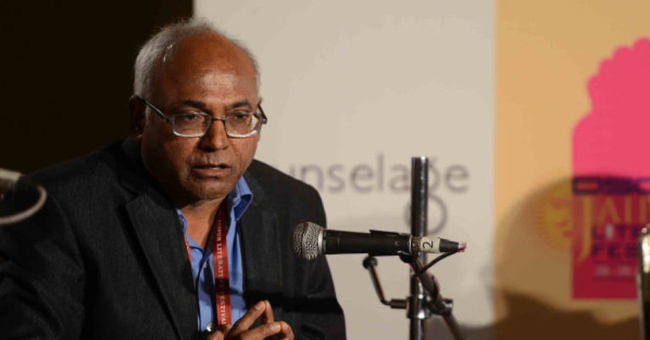 You have invited me to speak in a panel on 8 January in the Educational Conclave you are organizing. You have been organizing this conclave on education called ThinkEdu for quite some time. This year invitation said:

ʹIt is my honour to invite you to speak at the eighth edition of ThinkEdu, the annual Education Conclave of The New Indian Express held in Chennai. ThinkEdu runs for two days, January 8-9, 2020, and we would like you to speak at a session on: The Identity Issue: Who is an Indian?ʹ I agreed to come to come over and speak and the travel arrangements are made accordingly.

You have ideologically been a supporter of the ruling Bharatiya Janatha Party and the Rastriya Swayamsevak Sangh. You have a right to have your own ideological position. Knowing very well about your ideological position I have been participating and giving my opinion on issues of national concern, particularly on Education with a hope that a genuine debate between various ideological shades will impact each other and that would strengthen the democratic values in the educational institutions. I was of the view that it would help to improve the academic discourses and hundred thoughts would contend and hundred flowers would bloom in our educational institutions.

But year after year as we kept on discussing issues in your conclave where many BJP/RSS leaders/ thinkers from the ruling dispensation participate instead of improving the standards and the atmosphere in higher educational institutions the atmosphere is deteriorating. Instead of serious intellectual debates being allowed where all ideological young would be thinkers and could intellectual grow, brutal physical violence is being allowed very freely.

While the police attack on Jamia Millia students in the context of CAA-NRC protests, raised many questions of BJP/RSS governance of campuses, the dozens of masked forces entering JNU campus on 5 January , 2020 and beating up teachers and students, who have different ideological position than that of BJP/RSS intellectuals have disturbed me immensely.

I expected that such mixed debates of all of us with varied intellectual and ideological positions would influence all concerned for a proper written and oral debates in the universities.But physical violence is being seen as an ideological dispute resolution tool with the support of the ruling dispensation.

I am, therefore, withdrawing from participation in your conclave. I do not see any positive will for debate and positive intellectual atmosphere right now.

As a teacher/ writer all my life who believed in non-violence and serious debates between bitter enemies too, I cannot sit with those who support violence in academic institutions and debate.

(I hope you would publish this letter in The New Indian Express, may be you will write your stand)