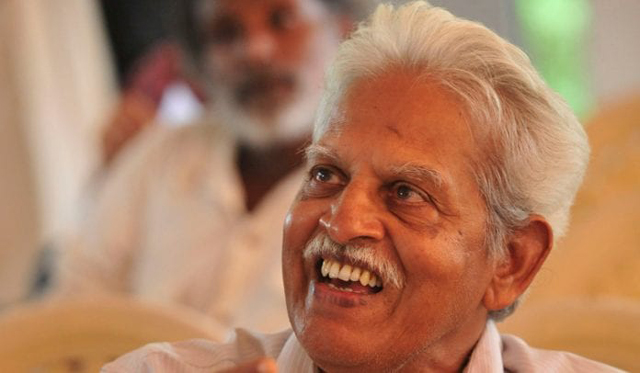 The physical condition of octogenarian poet and public intellectual Vara Vara Rao has become precarious in Taloja Central Prison, Navi Mumbai, where he is languishing for 22 months without a trial under false and fabricated charges in the Bhima Koregaon case, thanks to the political vendetta of the central government. His family have issued a press satetment in Hyderabad with a heart-rending appeal to admit him to a well equipped hospital. His health is so deteriorated that he cannot walk or even brush his teeth without assistance. More worryingly, he is hallucinating with the progressive collapse of his mental faculties. With the levels of potassium and sodium further going down it could damage his brain permanently. With the news that the Covid-19 has spread to various prisons Vara Vara Rao, who is extremely vulnerable to catch this epidemic, can face a life threatening situation.

In such a situation, the Maharashtra Government, ruling in the name of Shivaji, must rise to the occasion and immediately admit Vara Vara Rao to a well equipped hospital.
Alongwith Vara Vara Rao and Dr. Anand Teltumbde, other co-accused in the Bhima Koregaon false case, viz. Gautam Navlakha, Sudha Bharadwaj, Prof. Shoma Sen and others are languishing in various prisons for an inordinate length of time without a trial. It is evident that the NIA is being misused for political vendetta. It is just to show Maharashtra Chief Minister ʹhis placeʹ that the NIA has been told to take over this case.

We demand that looking at the dangerous spread of the Covid-19, all these public intellectuals put in prisons under fabricated charges be released forthwith. The Uddhav Thackeray government should not fall prey to the Machiavellian machinations of the Centre that it would be the Maharashtra Government who would be put in the dock, in case something unfortunate and untoward happens. We fervently hope good sense will prevail and the Maharashtra Government will take firm and proper action in this respect. The first step must be to expeditiously shift Vara Vara Rao to a well equipped hopsital in Mumbai.