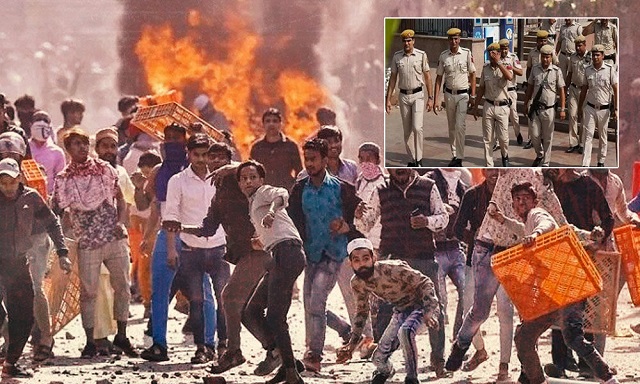 Six months after the violent riots in North-East Delhi sent shock waves across the national capital claimed over 50 lives, the Amnesty International, a non-governmental organization focused on human rights, has accused the Delhi Police of "failing to prevent riots in between February 23 and 29". The investigation carried out by the human rights organisation alleges that there was a "denial of medical services to victims, failure to rescue them, excessive and arbitrary use of force on protesters and differential treatment of assemblies, no response to multiple calls leaving the survivors to fend for themselves over the period of six days of violence in Delhi."

After interviewing nearly 50 witnesses of the riots, the Amnesty International has said that the response of Delhi Police to hate crimes committed during the riots was "inadequate". Pointing to the case of Mohammed Faizan, a 23-year-old man who was seen in a viral video where cops kicked a group of five men and forced them to sing national anthem, Amnesty International said that the "ruthless treatment of the heavily injured men by the Delhi police violates the international human rights standards." According to the report, Delhi police also violated Article 9 of the International Covenant on Civil and Political Rights (ICCPR). Delhi police also violated the domestic law as the cops failed to follow due procedure as per law, the report noted.

Amnesty investigation also alleged that the Delhi police personnel were an "active participant in the violence that took place in Delhi in February 2020." "Yet in the last six months not a single investigation has been opened into the human rights violations committed by the Delhi police - before, during and after the violence." Avinash Kumar, Executive Director of Amnesty International India, said that the very first step towards providing justice to the survivors of the Delhi riots is to "end the impunity that prevents Delhi police from being held accountable." "Six months on, there has not been even a single investigation into the role of the Delhi police. This ongoing state-sponsored impunity sends the message that the law enforcement officials can commit grave human rights violations and evade accountability. That they are a law unto themselves," Kumar said. The report also analysed the impact of hate speeches by political leaders, using the example of 23 February, when BJP leader Kapil Mishra gave "an ultimatum speech" in Jaffrabad in North-East Delhi. In July, the Delhi Minorities Commission (DMC)ʹs fact-finding report on communal violence in North-East Delhi had also slammed the police for allegedly "engaging in direct violence, including physical assault and abuse." The report noted that Delhi police were "either mute spectators or, in some cases, even alleged participants" in the violence.