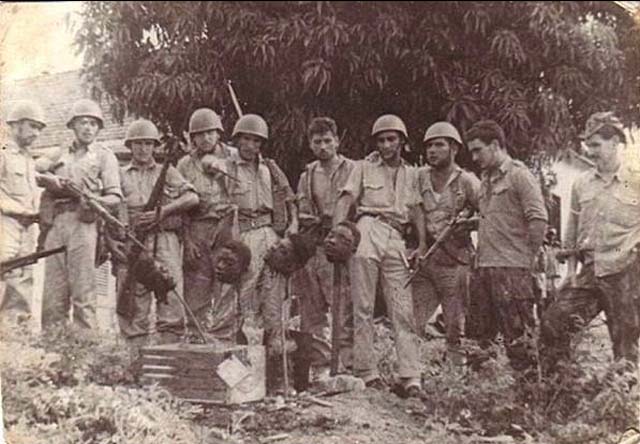 There is a museum in Paris with 18 000 human heads of people killed by the french colonial troops and missionaries. Itʹs called ʹMusée dʹHistoire Naturelle de Parisʹ.

Among the heads are the ones of African kings, kingsʹ families, african engineers, writers, army officers, spiritual leaders, but also ordinary men, women, children that the french found unusual, exotic enough or interesting to kill to enrich their Museum of natural history where they display mainly animals skulls to represent bio-diversity and evolution.

France was not alone in the european competition to behead the maximum of variety of exotic people. The skulls and heads of many africans still could be found in museums and unusual places around Europe.

Another consequence of the Terra Nullius law defined as a land inhabited by savages, lead to the capture of Africans to display in zoos and public events around Europe, in primitive conditions, to demonstrate the inferiority and barbarism of the African people.

From that moment till now, most europeans still think Africans are savages, inferior, grotesque, unintelligent people. They more an african would display features that would fit that stigma, the more he or she would be liked by them.