‘I was beaten up by 30 prison officials’ 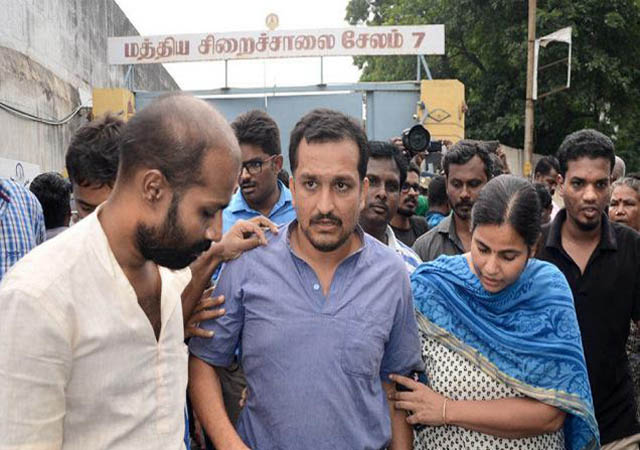 Social activist Piyush Manush, who was lodged at the Salem Central Prison on July 8 following a protest against the construction of a flyover, on Thursday alleged that he was beaten up by around 30 prison officials including the Superintendent of Prisons.

Addressing journalists after his release on bail, Mr. Manush said evidence of him being assaulted in the prison could be found in the video footage recorded in the surveillance cameras placed on the jail premises. ʹIf my claims are proved wrong, I am prepared to leave Salem,ʹ he said while demanding the institution of an inquiry commission to probe the physical assault. His wife was besides him at the press conference.

According to him, on the day he was remanded in judicial custody and lodged in the jail, the Superintendent of Prison slapped him and accused him of burning the national flag. ʹLater, others beat me up. Only on going through the newspapers the next day (July 9) did the prison official even realise that I was remanded for preventing the construction work on a flyover,ʹ he claimed.

Mr. Manush alleged that he was forced to give an apology letter to the Superintendent expressing regret for having earlier posted certain messages on social media against government officials and police. ʹThe Superintendent threatened me not to disclose to anyone what happened inside the premises. But video recordings of surveillance cameras will reveal everything,ʹ he said.

(Courtesy by the hindu)